People from Qatar are called Qataris. They are Arabs. The official language of Qatar is Arabic, but many people also speak English, especially when they are doing business.

About 2.6 million people live in Qatar; however, about 88% of these are guest workers (people from another country who are living and working there for a short time), mostly coming from South Asia, South East Asia and other Arab countries. 650,000 are Indians, 350,000 Nepalis, 260,000 Filipinos among a lot of other nationalities.

Marriage. Most marriages are arranged. Usually the mother and sisters of the groom make initial inquiries about prospective brides, discuss the possibilities with the young man, and, if he is interested, approach the family of the prospective bride. That woman has the opportunity to accept or refuse the proposal. Marriages often are arranged between families with similar backgrounds, and it is common for several members of two lineages to be married to each other. Marriages between Qataris and other Gulf Arabs are common, but the government discourages marriage to non-Gulf citizens. One must get official permission to marry a noncitizen, and the citizen may have to give up the promise of government employment and other benefits.

Polygyny is religiously and legally sanctioned. While it remains common among the ruling family, the number of polygynous marriages has dropped in recent years. A wife can divorce her husband if he takes another wife, and with more education and economic options, women are more likely to do that now than they were in the past. Another reason for the decrease in polygyny may be the rising cost of maintaining more than one household.

The divorce rate has risen sharply since 1980. Both women and men may seek a divorce, and custody is granted in accordance with Islamic law. Young children are kept with the mother; once they reach adolescence, custody reverts to the father.

Domestic Unit. Extended, joint, and nuclear households are all found today. The preference is to live with or at least near the members of the husband’s family. This patrilineal proximity is accomplished by means of a single extended household, walled family compounds with separate houses, or simply living in the same neighborhood.

Kin Groups. “Family” in Qatar refers to a group larger than the domestic unit. Descent is reckoned through the male line, and so one is a member of his or her father’s lineage and maintains close ties to that lineage. After marriage, women remain members of the father’s lineage but are partially integrated into the lineages of their husbands and children. Children of polygynous marriages often identify most closely with siblings from the same mother. As children mature, such groups sometimes establish separate households or compounds.

Child Rearing and Education. Children are important in family life. If a marriage is barren, the couple may resort to medically-assisted conception, polygyny, or divorce. Child care is the province of adult females, although children have close ties to their male relatives as well. The employment of foreign nannies has introduced new child care practices and foreign influences.

Higher Education. Public schooling has been available since the 1950s. In 1973, a teacher’s college was opened and in 1977 the colleges of Humanities and Social Sciences, Science, and Sharia and Islamic were added to form the University of Qatar. Subsequently the College of Engineering, College of Administrative Sciences and Economics, and the College of Technology were added to the original four. Qataris can attend kindergarten through university for free. Students who qualify for higher education abroad can obtain scholarships to offset the costs of tuition, travel, and living abroad. 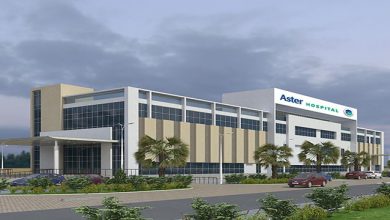 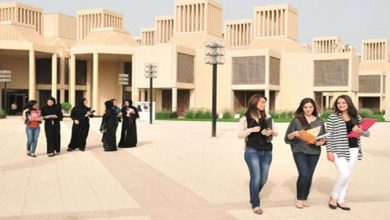 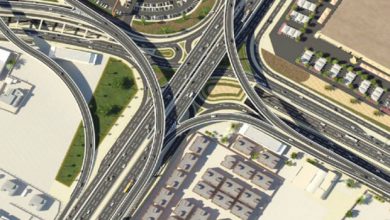