Because of Islam’s stance on figurative art, paintings and plastic arts played a relatively insignificant role in Qatari culture until the discovery of oil in the mid-20th century. Other visual arts such as calligraphy and architecture were the most historically dominant forms of Islamic visual expression. Calligraphy was most prized in society because of its close connection with Islam. Calligraphy is often used in the design of official state logos, for example, the Qatar National Vision 2030 logo.

Art exhibitions were held under the auspices of the Ministry of Education until 1972, whereupon the state began providing its full support to the art scene. The Qatari Fine Arts Society was established in 1980 with the objective of promoting the works of Qatari artists. Yousef Ahmad is a leading figure of Qatar’s art industry and regularly represents the country at international biennials and events. His art work has been displayed internationally.

For the last twenty years, several members of the Al Thani family have led Qatar’s interest and involvement into the field of arts and continue to shape the cultural policy of the country. Qatar was revealed to be the world’s biggest art buyer in 2011 by The Art Newspaper.

Traditional dhow festival held at Katara Cultural Village Poetry has been an integral part of the culture since pre-Islamic times. Qatari ibn al-Fuja’a, a folk hero dating to the seventh-century, was renowned for writing poetry.It was seen as a verbal art which fulfilled essential social functions. Having a renowned poet among its ranks was a source of pride for tribes; it is the primary way in which age-old traditions are passed down generations. Poems composed by females primarily focused on the theme of ritha, to lament. This type of poetry served as an elegy.

A large dhow historically used for pearling at a Qatari dhow festival One myth that purportedly originates from Qatar is that of May and Gilan, the latter of whom is said to be progenitor of the sail. According to tradition, in old times, a wealthy man named Ghilan resided in Al Khor. Besides commanding a crew of sailors and fishermen, he owned numerous pearling boats. As time passed, a woman named May who commanded superior number of boats and crewmen emerged as Ghilan’s main adversary.

The modern literature movement in Qatar began in the 1970s. Unlike most other forms of art in Qatari society, females have been involved in the literature movement on a similar magnititude to males. In the 1970s, much of the early work of females revolved around ritha poems which were published in local newspapers. Kaltham Jaber became the first Qatari to publish a collection of short stories, and the first Qatari female writer to publish a major work when she released her anthology of short stories, dating from 1973 to the year of its publishing, 1978.Entitled “Ania wa Ghabat as-Samt wa at-Taraddud”, the main focus of these stories is the desire for Qatari women to have a role in restructuring social norms and cultural conceptions.

Traditional Qatari male dancers
The folk music of Qatar has a close association with the sea. Songs related to pearl hunting are the most popular genre of male folk music. Each song, varying in rhythm, narrates a different activity of the pearling trip, including spreading the sails, diving, and rowing the ships. Collective singing was an integral part of each pearling trip, and each ship had a designated singer, known locally as al naham.

Ardah, a folkloric dance, is still practiced in Qatar. The dance is performed with two rows of men opposite of one another, each of whom may or may not be wielding a sword, and is accompanied by drums and spoken poetry.

Women primarily sang work songs associated with daily activities such as wheat grinding and cooking. The songs were performed collectively in small groups some pertained to general themes, whereas others were related to specific work processes. Women would also sing when returning pearl ships were sighted. After a sighting was made, they would gather around the seashore where they would clap and sing about the hardships of pearl diving.

National anthem being performed prior to an Emir Cup final.

Qataris playing the traditional board game of damah in Souq Waqif.
Main article: Sport in Qatar
Football is the most popular sport in regard to player base and spectatorship. Additionally, athletics, basketball, handball, volleyball, camel racing, horse racing, cricket and swimming are widely practiced. There are currently 11 multi-sports clubs in the country, and 7 single-sports clubs.

Prior to the introduction of football, traditional games played were al dahroi, al sabbah, and taq taq taqiyyah for boys, and al kunatb, al laqfah and nat al habl for girls. Variations of a family of board games known as mancala were played in previous decades. Two of the most popular board games were a’ailah and al haluwsah. Other traditional sports practiced in the country include falconry, camel racing and hunting.

Qatar follows Shariah Law, so alcohol, pornography, pork products and narcotics cannot be brought into the country and your luggage will be searched on arrival. Qatari cuisine reflects traditional Arab and Levantine cuisine. It is also heavily influenced by Iranian and Indian cuisine. Seafood and dates are staple food items. Machbūs, a meal consisting of rice, meat, and vegetables, is the national dish.

Alcohol is not illegal in Qatar, but its sale and consumption is heavily regulated. Muslims are prohibited from purchasing and consuming alcohol. A liquor license is required to buy alcohol. 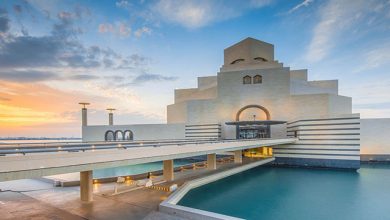 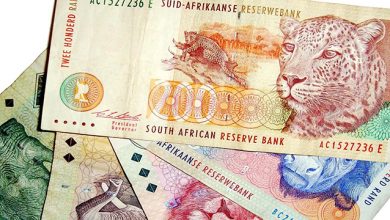 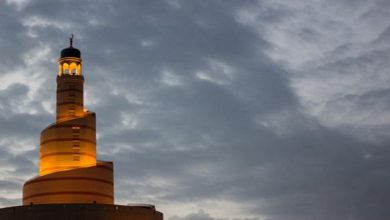